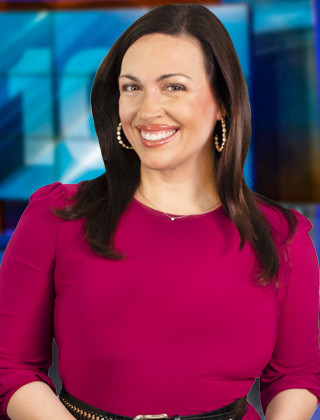 Alison Bologna is an award-winning journalist who co-anchors NBC 10 News Sunrise with Mario Hilario Monday through Friday mornings. Readers of Rhode Island Monthly magazine have voted Alison the top female reporter in the market for two straight years before voting her the best morning female news anchor every year in a row since 2016.

Prior to NBC 10, Alison anchored news in Boston at Fox 25 News and produced undercover reports for "Dateline NBC" as one of the network's youngest producers in New York City.

Alison has covered stories in virtually every part of New England, delivering live breaking reports on all major events, including the death of Sen. Ted Kennedy and the tragic Station nightclub fire. Several of her investigative reports resulted in reforms at local and state levels. Notable reports include: exposing holes in sex offender registry lists, overcrowding in state juvenile detention facilities, and a Vietnam veteran claiming to have earned his most prestigious medal, when in fact, the Army never issued it to him. After Alison broke that story, President Bush signed a bill into law to take the veteran's name off a Rhode Island post office.

Alison has received many honors and awards for her journalism work including: an Emmy Award, an Edward R. Murrow Award, two Associated Press Awards, a Gracie Allen Award, an Investigative Reporters and Editors Award, two Clarion Awards and more. The Providence Business News also named Alison as one of the "40 Under 40" professionals in the Ocean State for her journalism work.

In her free time, Alison enjoys teaching yoga at her studio and running a non-profit organization she founded, which provides free yoga outreach programs for adults living with developmental disabilities, veterans, children in schools, shelters and prisons and men and women in recovery. For her work there, Alison has received more than a dozen community awards including: the Women of Excellence Community Award (from The Women's Center of Rhode Island), The Rhode Island Small Business Journal's Entrepreneurial Woman to Watch Award, the Leading Women of Distinction Award from the Girl Scouts of Southern New England and the Person of the Year award from The Pawtucket Foundation.

Alison has also been honored with an advocacy award by Sen. Sheldon Whitehouse for her work helping men and women in recovery, and Attorney General Peter Kilmartin presented Alison with a justice award, which is given to individuals in recognition of their extraordinary commitment to justice, consumer protection, law enforcement, community outreach, and senior and environmental protection.

Alison currently serves as a trustee at the Old Slater Mill Museum in Pawtucket, and she serves on the board of trustees for the Pawtucket Boys and Girls Club too.