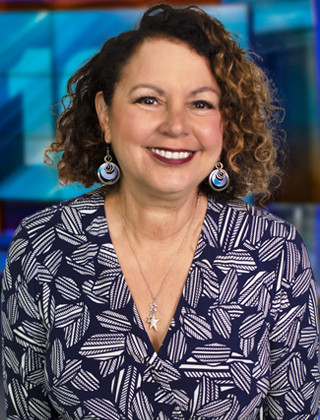 Barbara was nominated for Emmy Awards in 1993, 1999, 2001, 2008, and 2014. She also won an Associated Press Award in 2008 for her report on shaken baby syndrome. And, in 2019, Barbara was inducted into the prestigious Silver Circle, one of the highest honors given by the National Academy of Arts & Sciences in New England for her distinguished service in television for more than 25 years, as well as her dedication to mentoring and volunteering.

Barbara is very active in the community, spending much of her down time volunteering for nonprofit organizations in our area.

Barbara spent her earlier years in Detroit before moving to Indianapolis. She's called Southern New England home since 1987 which, she says, makes her an honorary Rhode Islander.

Barbara graduated from Indiana University with a Bachelor of Arts in speech communications. She loves to read, write, exercise, and hang out with her family.