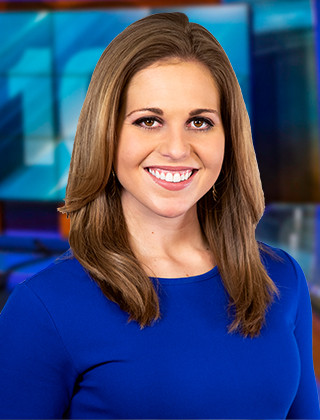 She joined Storm Team 10 in March 2019 as a meteorologist and digital weather producer.

Christina came to WJAR from WTEN/WXXA in Albany, New York, where she was the weekday afternoon and weekend morning meteorologist. There, she chased storms throughout the tri-state area in the Mobile Storm Tracker vehicle, reporting live from hail storms, blizzards, and even the top of ski mountains!

Prior to 2016, Christina worked at WLBZ/WCSH in Maine as a multimedia reporter, focusing on environmental stories and breaking news and weather live coverage.

Christina is a graduate of Boston University’s College of Communication and Mississippi State University’s Broadcast Operational Meteorology Program, where she received her meteorology certification. She also holds a National Weather Association Seal of Approval.

Christina is glad to be back in New England after years away from home. Originally from the Boston area, she spent all of her summers along the beaches of Cape Cod and Southern New England, and is particularly passionate about forecasting winter weather.