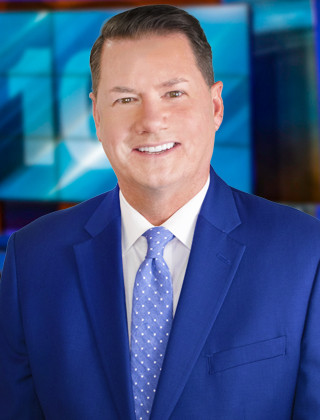 Dan Jaehnig is a six-time Emmy Award winning journalist and the recipient of the Edward R. Murrow Award for journalism excellence in field anchoring and reporting of the Boston Marathon bombings. Dan is the prime evening anchor at NBC 10 News, where he co-anchors NBC 10 News at 5, 5:30, 7 and 11. Readers of Rhode Island Monthly voted him Best Evening Anchor for several years including most recently in 2019.

Dan is hands-on and deeply committed to each newscast. He brings energy and experience to every story he reports and is highly respected for his field anchoring big events and breaking news of the day. His passion for news has taken him from President Reagan's funeral in Washington to Martha's Vineyard, where JFK Jr.'s plane crashed, to Ireland on a special series focusing on New England's Irish roots. He anchored from Fenway Park when the Red Sox won the historic World Series at home and anchored from Indianapolis when the Patriots made it to Super Bowl in 2012. Dan's journalistic career has also led to reports in which he uncovered government corruption, confronted members of the Mafia and flew with the Blue Angels.

Committed to his community, Dan has been recognized for his volunteer work by several organizations including the Blackstone Valley Advocacy Center, The Fund for Community Progress, Inspiring Minds, Tides Family Services, Meals on Wheels, Citizens Bank Champions in Action, The American Heart Association of Southern New England and LLS Society of Rhode Island. Dan served on the Board of Directors for the Phoenix House from 2013 to 2017. Dan is a sought after motivational speaker who speaks to organizations and schools all across New England.

A graduate of Suffolk University, Dan received the University's Outstanding Alumni Award in 2004. He currently works as an adjunct professor at Suffolk University teaching broadcast journalism and online journalism. Dan’s energetic and unique approach to teaching has made him popular with students in which he has worked with to obtain jobs as journalists.

Dan is married with twin daughters and loves spending time with his family and friends. He enjoys hiking, kayaking and anything outdoors.