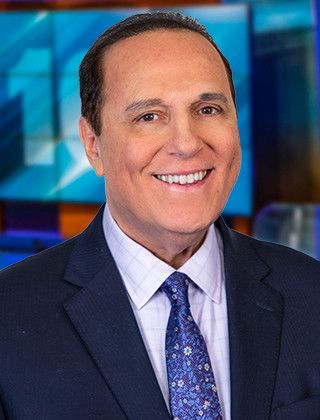 Frank Carpano arrived at NBC 10 in 1980, shortly after graduating from Ithaca College. He has been sports director and primary sports anchor since 1984.

He was stationed in Newport for 3-and-a-half months and was a part of the first internationally televised America’s Cup race.

A two-time Olympic torch carrier, Frank won a New England Emmy for his series of reports on his preparation for the torch run.

At the 2006 Olympic Games in Torino, Italy, Frank worked for NBC, reporting on the games for the network’s owned-and-operated stations across the country.

For several years, Frank could also be seen as a fill-in sports anchor at WNBC-TV in New York City.

Frank has also served as a Championship Boxing ring announcer. And for more than 20 years he has been the public address announcer at Providence’s Dunkin' Donuts Center for Providence College basketball games.

Carpano is a 12-time National Association of Sportscasters and Sportswriters "Sportscaster of the Year" winner.

Frank has also been inducted as a member of the National Academy of Television Arts & Sciences – Boston/New England Chapter Silver Circle.