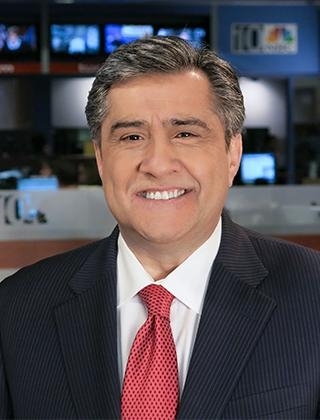 A four time Emmy winner, including two awards for anchoring, Gene has been a comforting presence on many of the biggest stories, including the terrorist attacks in New York and Washington, several papal visits, and multiple gubernatorial and presidential elections. In 2016 he was inducted into the New England Emmy “Silver Circle” for 25 years of distinguished service to the industry.

Gene reported from New York City on Sept. 11, 2001, and was one of the first reporters to gain access to the "Ground Zero" perimeter, having been assigned to report for WJAR, WNBC in New York, and other network affiliates.

Gene's live reporting continued from Washington and Guantanamo, Cuba, and in return visits to the World Trade Center site.

In addition to his multiple Emmy wins and nominations, Gene has also received a host of other industry awards and citations, and co-anchored the NBC 10 newscast that won the National Edward R. Murrow Award for Overall Excellence.

In 2016, Gene was named grand marshal of the Gaspee Days Parade, a top honor reserved for Rhode Islanders held in high regard by organizers of an annual celebration of America’s first armed blow for independence.

He has received the Rhode Island Red Cross Humanitarian Award and continues to work with a variety of charities on a host of events.

A more than 35-year veteran of broadcasting, Gene started as a desk assistant for WPIX in New York City while still in college. Stops at stations in New Jersey and Connecticut followed.

A New Jersey native, Gene holds a Bachelor of Arts in communications from Fairleigh Dickinson University.

He has three children, and lives in Kent County with his wife, and high school prom date, Diane.