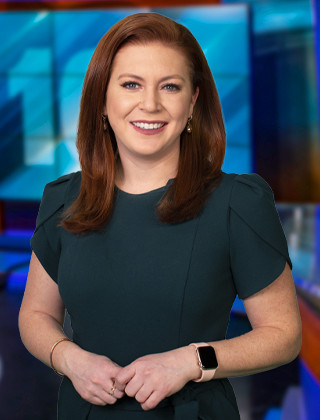 Joanna Bouras joined the NBC 10 News team in January 2022 as a multimedia journalist and is thrilled to return to the New England area where she grew up just north of Boston.

Joanna earned an English degree with a minor in journalism from Wheaton College. She then went on to attend New York University, where she got a master's in multimedia journalism with a focus in broadcast news.

Before moving to Florida, Joanna worked at KOLN (CBS) in Lincoln, Nebraska, as a news reporter/MMJ/fill-in anchor. While at KOLN, Joanna earned two Heartland Emmy Awards. Joanna was a reporter for both KOLN (CBS) newscasts that won Heartland EMMY NATAS Awards for Best Evening Newscast and Best Morning Newscast.

In her free time, Joanna loves to whip up new recipes in the kitchen, hit the gym and browse the nearest shopping center. If you see her out and about be sure to say hi.