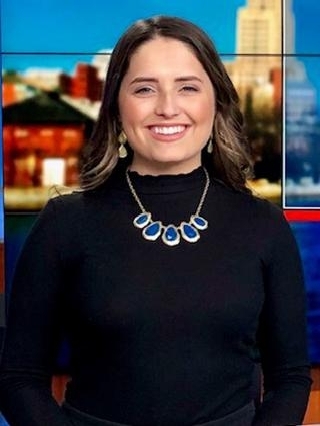 Kelly O’Neill joined NBC 10 News in March 2020. She grew up in North Attleborough and is excited to be back home in Southern New England!

Previously, Kelly was a reporter at KNWA/FOX24 News in Fayetteville, Arkansas. While there, she covered several national stories including historic flooding along the Arkansas River, a VA pathologist who misdiagnosed thousands of patients, an officer who was ambushed in his patrol car, and extensive Marshallese adoption fraud investigations. In addition, she covered the drowning of Debra Stevens, whose death lead to the investigation of a 911 dispatcher.

Kelly graduated from the S.I. Newhouse School of Public Communications at Syracuse University (Go Orange!), receiving her bachelor’s degree in Broadcast and Digital Journalism. During her time at SU, Kelly was involved in the student-run television studio, Citrus TV, and the student cable TV station, Orange Television Network.

Kelly worked as a newsroom intern for MSNBC at 30 Rockefeller Plaza in New York and at WBZ-CBS in Boston. She also spent a semester in Los Angeles interning for E! News and casting reality television shows for All3Media.

When Kelly is not reporting, she enjoys playing tennis and cheering on the Patriots and all Syracuse Orange sports teams.

Have a story? You can reach her at kconeill@sbgtv.com.