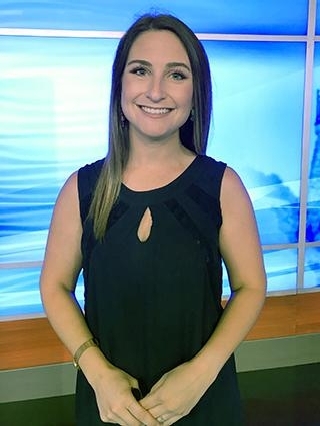 Lynzi came to WJAR from CBS6 News in Albany, New York, where she spent three years. While she was in Albany at WRGB, she covered everything from human interest and feature stories to investigative pieces and breaking news. Her continuing coverage alongside fellow reporters on a tragic limo crash that killed 20 people in Schoharie County helped garner an Edward R. Murrow Award for the station. In her years there, she also covered the trial involving those charged for leading the NXIVM sex-cult, investigated the past of a Capital Region serial killer up for parole, and followed the story of a teen’s 500-day fight for his life following a horrific car crash.

Prior to her time in upstate New York (we’ll let you decide what’s actually upstate), Lynzi worked in Northern Michigan and Vermont, covering a variety of stories.

Lynzi grew up in Poughkeepsie, New York, and graduated from Ithaca College. When she’s not at work, you can find her out exploring the city (restaurants), at home cooking up something (hopefully) good, or teaching a spin class. Don’t hesitate to reach out to her with story ideas! (Or restaurant recommendations )