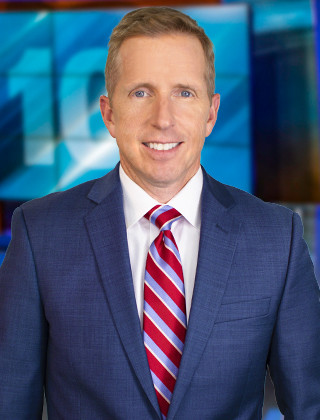 Mark Searles joined NBC 10 in June 2008 after spending more than 13 years forecasting Southern New England weather at WLNE-TV in Providence, the last six of those years as chief meteorologist. Mark forecasts the weather on NBC 10 News at 5, 5:30, 6, 7, 10 and 11 p.m. Monday through Friday.

Mark began forecasting as an intern alongside former NBC 10 meteorologist John Ghiorse in the early 1990s. His first professional job was at WVNY-TV, the ABC affiliate in Burlington, Vt., where he covered many major New England storms before returning to Providence to work alongside Ghiorse.

Initially, Mark studied aerospace engineering at the University of Colorado in beautiful Boulder, Colorado. But that internship in the weather department with John after his sophomore year changed all that. Mark switched over to atmospheric science and physical geography and graduated with his degree in 1994. Mark holds the AMS Broadcast Seal of Approval and has received several Boston/New England Emmy nominations for his weathercasting. He was the 2012 recipient of the Best of Rhode Island Award for Television Meteorology.

Mark loves speaking to groups about the wonders of weather ... especially school children! Having grown up in Seekonk, Massachusetts, he has experienced some of Southern New England's fiercest storms, including the Blizzard of '78 and Hurricanes Gloria and Bob! Mark enjoys showing school kids pictures of the storms and telling of his experiences.

In his free time, Mark can be found riding his bicycle, running along the East Bay Bike Path or catching up on yard work. He and his wife live in the East Bay with their three beautiful daughters.