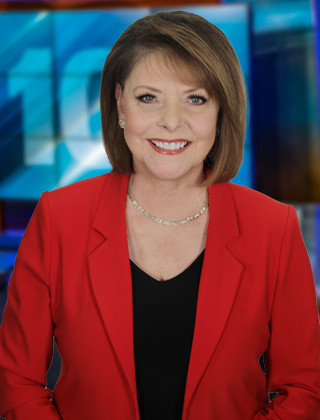 Emmy award-winning and hall of fame journalist Patrice Wood is the longest-serving news anchor and reporter in the history of WJAR with a tenure of more than 40 years.

Starting at NBC 10 in 1980 as a street reporter, Patrice worked her way up and now anchors the weekday 5 p.m., 6 p.m. and 11 p.m. newscasts. She has been the recipient of numerous volunteer and professional awards including the prestigious Silver Circle Award from the New England Chapter of the National Academy of Television Arts and Sciences and has been inducted into the Rhode Island Heritage Hall of Fame, the highest honor that can be bestowed upon a civilian in the state.

Patrice has also been enshrined in the Rhode Island Radio and Television Hall of Fame and is the recipient of the Congressional Angels in Adoption Award for her advocacy for children in foster care.

Her Tuesday's Child reports, which feature children in state care who need permanent homes, have resulted in numerous children being matched with adoptive families.

Prior to joining NBC 10, Patrice was a news anchor and reporter for WDHO-TV in Toledo, Ohio and held several news positions with WBGU-TV in Bowling Green, Ohio.

A native of Rockford, Ohio, Patrice received a bachelor of science degree in journalism from Bowling Green State University in Bowling Green, Ohio, and an honorary doctorate in communications from Roger Williams University. While in college, she served internships with the U.S. House of Representatives in Washington and at Time Magazine.

Patrice is married, the mother of a son and daughter and loves golden retrievers.